(MOVED) SheForHe: The importance of female allies in the HeForShe campaign

A post by Paolo Zeppetelli, One Young World Ambassador.

Whilst the HeForShe campaign[1] encourages men to sign up and become HeForShe champions and male allies[2], I feel that it doesn’t encourage women to not only become female allies to men but also to inspire women to describe to male allies what practical steps men can take to tackle the direct / indirect gender inequality(s) that they may have experienced.

Male allies not only increasingly feel self-conscious and insecure to speak up about gender inequality around women, but also struggle to know how to talk and deal about this subject in general. This is where I think the role of a female ally in the HeForShe campaign is crucial to not only articulate to male allies what the gender inequality issues are and what they have to do to alleviate the issues, but to also make male allies feel comfortable and accepted to being part of that process.

Despite this, more often than not, the conversation / event unfortunately goes something like this:

An all-female panel discussion where the panellists discuss their direct or indirect experiences of Gender inequality involving men, with the occasional awkward-looking token male sometimes invited to take the outside seat on the panel and pledge that he will make sure that all of the males in his team read Sheryl Sandberg’s Lean In book. At the same time, Male allies in the audience not only feel dis-engaged and self-conscious, but are also not given a real opportunity to identify or advise on what they can do to alleviate the issues described on the panel. The men in the audience usually therefore leave the event feeling like that they are not valued as part of the solution but instead, part of the problem.

This sets the tone of this article and highlights how the importance of female allies not only in empowering but also supporting male allies, like myself, in feeling equal and valued players of the HeforShe campaign is often overlooked. 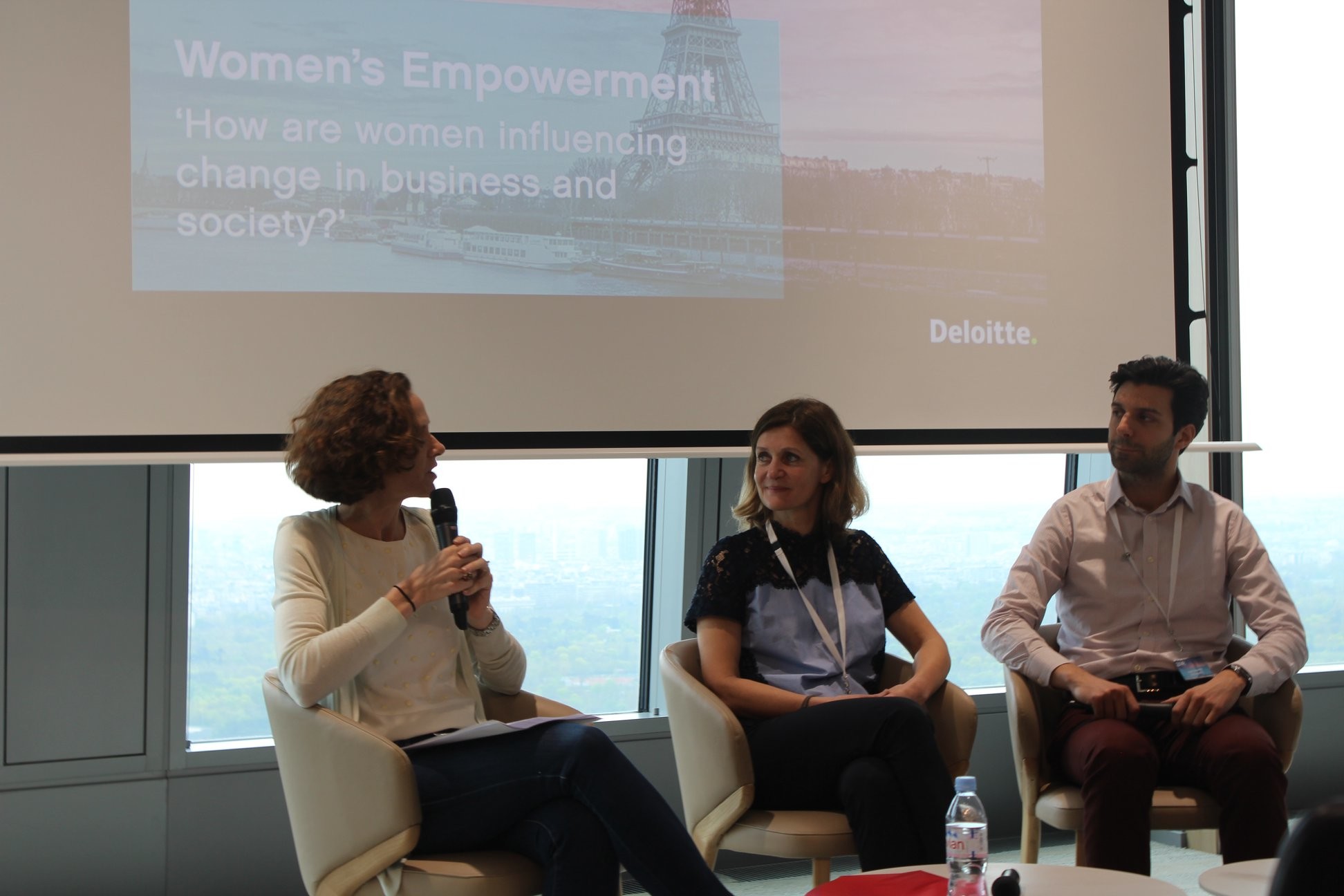 Recently I was invited by One Young World (OYW)[3] ambassador Charlie Oliver to be part of a panel discussion around women’s empowerment at a OYW caucus in Paris. I felt that this was my moment to try to talk and position the gender equality debate from a SheForHe angle. However, I immediately felt a mixture of anxiety and nervousness as I started thinking about the possible reaction and extra scrutiny I would get from the women in the audience to some of my responses to questions from the panel moderator. After all, these were all similar reactions and feelings that I had observed and experienced when attending as an audience member at similar discussions on gender inequality in the past. It soon dawned on me that these are experiences and feelings that women have had to manage and navigate for decades when they were the only female in the room or on a panel discussion.

I therefore wanted to gain a similar experience so that I could at least get an idea (if somewhat small) of what it would feel like on the actual day. On the eve of the event, I was having the usual nerves, particularly around whether I would unintentionally come across as “mansplaining”[4] during the panel discussion. I then uncharacteristically confided with one of the would-be female attendees of the event who did a great job of giving me not only reassurance and encouragement, but that she would also support me from the audience should things get out of hand. All too often in these situations it’s the other way round from a gender perspective and so for me this was not only an eye-opener personally for me but also an important process in the involvement of men in the gender debate.

This allowed me to feel a lot more confident and empowered to talk about the gender inequality debate from a slightly different angle on the panel discussion. What really surprised me was the positive response I got after the event from female members (and some male members) of the audience on how they had never thought about the role of female allies from a male ally perspective in a gender inequality discussion. 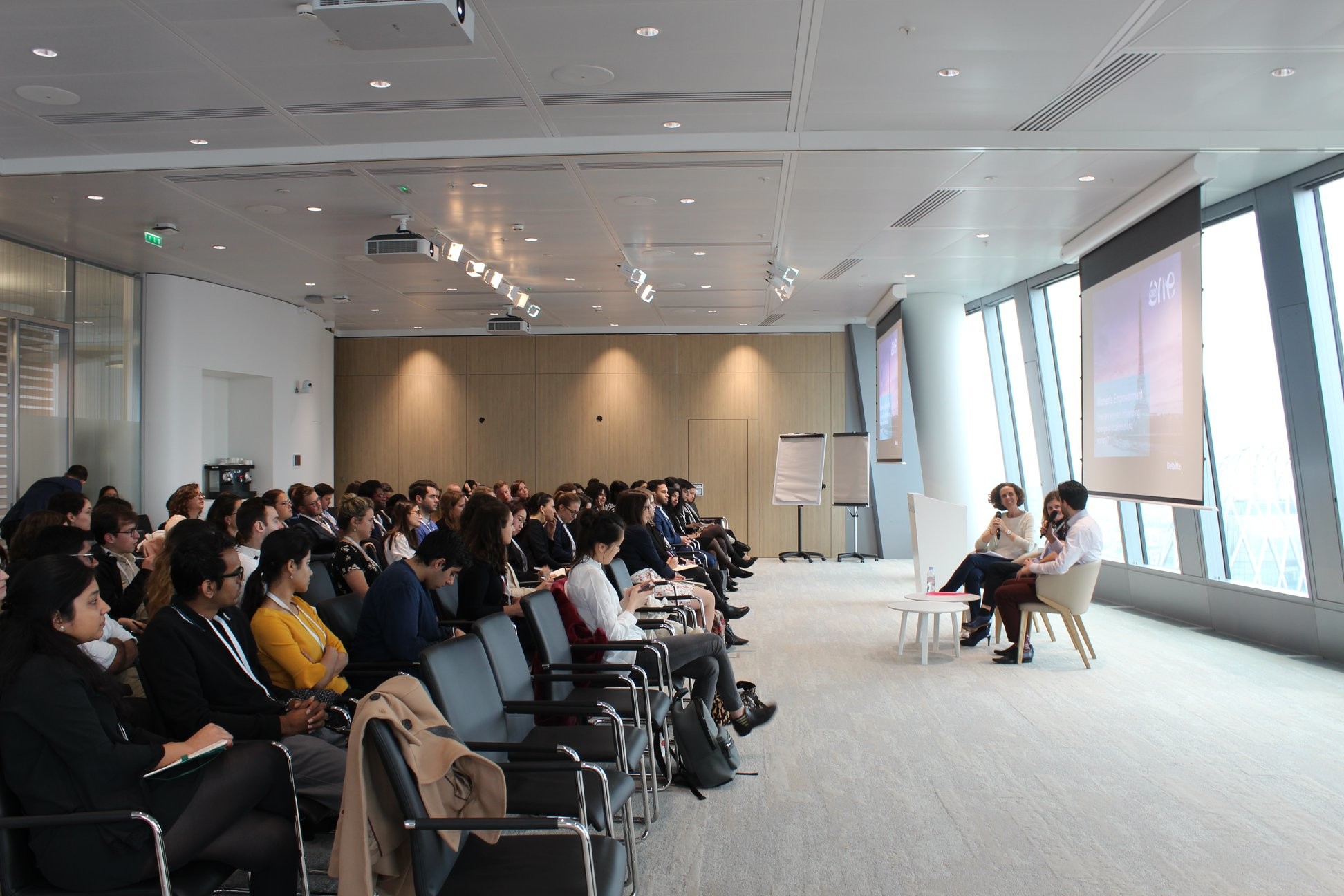 One bit of advice that was given by speaker Ann Swain, Global CEO of APSCo[5], to a group of female Directors and Managing Directors that will always stick with me, and which I think is so crucial for both male and female allies to implement as a way of working together in the HeForShe campaign from a gender intelligence perspective, is as follows:

For me, the above quote really highlights the power of using of gender intelligence[6] as a way of taking time to understand and think from the perspective of the opposite gender. This is the key to gaining trust, understanding and mutual respect for each other when working together as allies in the HeForShe campaign. Unfortunately, much needed work still needs to be made in this particular area of the HeForShe gender equality discussion, particularly around how women can support men to be outspoken about feminism without crossing the “mansplaining” line.

I would like to end this article by thanking the following OYW ambassador allies that encouraged me and gave me the confidence to write out this article, and who helped me refine it so that it would resonate with all readers, male & female alike: Martina Buchal, Vivienne Koch, Fatima Zaman, Cecily Liu, Karuna Rana, Thuy (Twee) Nguyen, Anna Dona-Hie, Charlie Oliver & Will Dickson.

[1] HeForShe (often referred to as He for She) is a solidarity campaign for the advancement of Gender equality, initiated by UN. Its goal is to achieve equality by encouraging all genders as agents of change and take action against negative stereotypes and behaviors, faced by people with feminine personalities/genders. Grounded in the idea that gender inequality is an issue that affects all people—socially, economically and politically—it seeks to actively involve men and boys in a movement that was originally conceived as “a struggle for women by women”. https://en.wikipedia.org/wiki/HeForShe

[2] “Allies”, whether it be male or female allies, is someone, within the context of this article, who supports gender equality & challenges / calls out any behaviour that goes against increasing gender equality.

[3] One Young World (OYW) UK-based charity that gathers together the brightest young leaders from around the world, empowering them to make lasting connections to create positive change https://www.oneyoungworld.com/about-us

[4] Mansplaining means “(of a man) to comment on or explain something to a woman in a condescending, overconfident, and often inaccurate or oversimplified manner” https://en.wikipedia.org/wiki/Mansplaining

[6] If you would like to read up more about gender intelligence, I would definitely recommend a book by John Gray & Barba Annis entitled Work with Me: The 8 Blind Spots Between Men and Women in Business\

This article was first published on Linkedin in May 2018:

(MOVED) How Internet Governance Might Empower the Sustainable Development?

The relation between internet governance and sustainable development

An article created by Phonsina Archane Ebankoli and Olaoluwa Abagan, two of the 2018 Young Leaders for Development June 16 is internationally known as the day of the African Child. Africa’s population is projected to double by 2050 to 2.4 billion people. With it’s rapidly growing population, over 60% is the youth below the age of […]